Making It Through by Demaris Wehr

Making it Through: Bosnian Survivors Share Stories of Trauma, Transcendence, and Truth by Demaris Wehr, PhD

By the mid 1990s, Bosnia, once the proud multi-cultural heartland of Yugoslavia, its villages treasured for Ottoman era mosques, arched stone bridges, and red tiled roofs, lay in ruins, destroyed by three and a half years of murder and rape known to the world as ethnic cleansing.  In Making It Through, Demaris Wehr shares the reflections (in their own words) of eight resilient women and men who each described a core value or centerpost that kept them from going crazy with the chaos of the war and lies that surrounded them.  “Their narratives,” Wehr writes, “came to be a steadying influence in my own life when I was going through a hard time, and they have reignited my lifelong hope for world peace based on the power of truth.”

Wehr gives us a map of Bosnia, a brief history of the war and its causes, the idea of the “centerpost”—a central value guiding each interviewee through their life-- and how this idea occurred to her, then the eight interviews in the interviewees’ own words. The centerposts featured in the book range from faith to integrity to devotion to family, duty, optimism, humility, transcendence and forgiveness.

Ultimately in“Making it Home”, Wehr describes the final journey of all of us homeward.  Crafted on the myth of Odyssseus who found his way home to his beloved wife, Penelope, and his son Telemachos, we feel the archetypal reverberations behind these stories and their universal application.

Making It Through is primarely about staying connected—to ourselves, our neighbors and our world, when the opposite—numbness and disconnection—lead us to greater trauma, which then gets passed down to future generations.  The examples of the narrators in Making  It Through show us a way to “make it through” significant traumas without passing them on.

Dermaris Wehr, an American Jungian psychotherapist and professor, went to Bosnia six times in all. The first three times she was working as a co-facilitator for training Bosnians to become peacebuilding trainers themselves. She went with  the Karuna Center for Peacebuilding (a peace organization based in Amherst, Massachusetts.)  The fourth time she went, she attended a seminar in Sarajevo sponsored by the KCP, and the last two times she went to interview the narrators in this book. 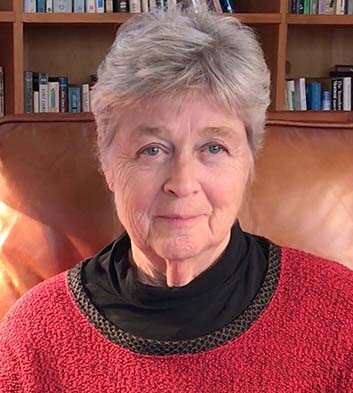